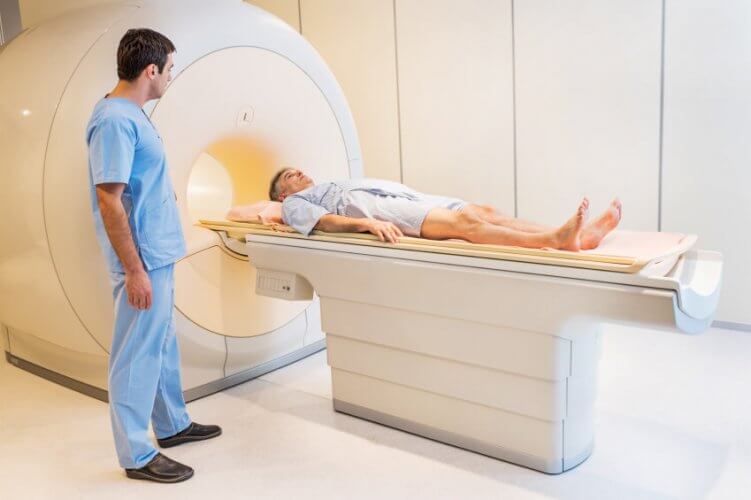 These days it seems there’s good news as well as bad news about the medicines we take or the tests our doctors order to protect our health. Sure, those prescription medications are designed to relieve pain or alleviate symptoms of various diagnosed afflictions, but when you get down to the small print, you realize there are also a bundle of possible negative side effects – some serious or final – as in death. And, your health insurance may not even be a factor in the end.

Now, it appears researchers have discovered a potentially scary side effect of CT scans – also known as CAT Scans – which are cross-sectional X-rays commonly used to diagnose symptoms ranging from chest pains to digestive problems to bone issues. If you haven’t had one in the past, you probably will at some point in your life.

Although very useful and commonly ordered by doctors to get more detailed images of the body, CT scans expose patients to at least 150 times the amount of radiation from a single chest X-ray. And, according to new research published in the Journal of the American College of Cardiology, CT scans could cause DNA damage.

Scientists at Stanford examined the cells of 67 patients who underwent a wide range of CT scans. During the study, researchers detected cellular damage from the scan in patients who received all but the lowest dose of radiation. They noted that DNA damage was not detected in patients who were exposed to 7.5 mSV (a measure of radiation dosage) or less. That amount of exposure to radiation is equivalent to the radiation you’re subjected to from one heart CT scan or 50 chest X-rays. However, those who experienced higher doses – such as the radiation levels by full body and full chest scans – suffered noticeable cell damage.

Director of the Stanford Cardiovascular Institute and study co-author, Joseph Wu, MD, PhD, expressed that, while his team suspected some cellular damage might be at play with CT scans, they didn’t know to what extent when going into the study. Although this particular study didn’t look at what the effects of that cellular damage might be, the link between CT scans and cancer (which can be caused by cell damage) is nothing new.

The National Cancer Institute states – the risk of someone developing a fatal cancer from a standard CT scan is about one in 2,000. But, the organization is quick to note that – not having a CT scan could be more risky than having it, especially if the doctor ordered the test to diagnose a serious condition.

Meanwhile, CT scans also appear to have an effect on children. A 2013 study of more than 680,000 people that was published in the journal BMJ found that people who received a CT scan before the age of 19 had a 24 percent greater risk of developing cancer, and the risk went up 16 percent for each additional scan.

Before you assume the worst – Dr. Wu points out that his study doesn’t show that CT scans cause cancer. More good news comes from Interventional radiologist Mark Baerlocher, MD, author of several medical papers on the effects of radiation exposure on patients, who stresses that our bodies are typically able to bounce back from cellular damage because of recovery mechanisms and enzymes that repair the damage.

While the initial findings are a little alarming, study co-author Dominik Fleischmann, MD, a professor of radiology at the Stanford School of Medicine, says you shouldn’t avoid getting a CT scan if you need it, since the benefits outweigh the potential risks.

The same can be said about health insurance. Not having it could cost you in more ways than one. It’s now mandated that you take part in the Affordable Care Act, also known as Obamacare or you’ll face a penalty for not having health insurance. When it comes to your health or your family’s health make sure your covered. Why not get ahead of the next open enrollment period by getting the best health insurance quotes today?
Do you now feel uncomfortable about having a CT scan after reading about potential risks? Feel free to share your thoughts in the comments section below.

Disabilities and Hospital Indemnity Insurance coverage: A Match Made in Heaven

Do You Qualify for Medicaid?

Hoverboards: Potential Security Dangers You Can Anticipate This Christmas