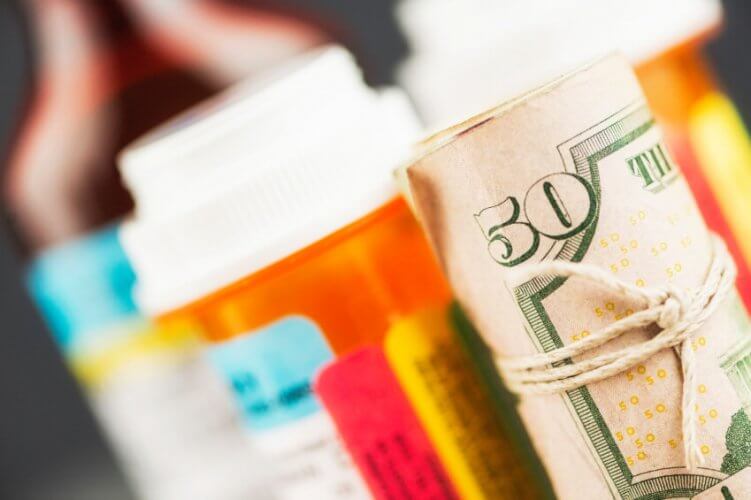 Campaign promises are exactly that – promises – and, what happens once a candidate is elected can be a different story altogether. Whether these promises are kept is not entirely up to the candidate who professed to change things once taking office; this includes giving all Americans a variety of health insurance options.

Case in point – Democratic presidential candidate Hillary Clinton’s proposal that would essentially cap monthly prescription drug costs isn’t entirely dissimilar to President Obama’s campaign assertions of providing healthcare for all with the passage of the Affordable Care Act (ACA). In fact, the latter did happen.

Clinton’s proposal came on the heels of a report that former hedge fund manager, Martin Shkreli, CEO of Turing Pharmaceuticals, would literally, overnight, raise the price for the medication Daraprim from $13.50 per pill to $750.

In what she refers to as “excessive profiteering” by pharmaceutical companies, Clinton said she would propose a monthly cap of $250 on prescription drugs needed by patients afflicted with chronic or serious medical conditions. Clinton’s campaign continued by pointing out the lack of fairness between what many prescription drugs cost and what patients can actually afford.

While the largest pharmaceutical companies reap the rewards of $80 billion to $90 billion per year in collective earnings, the average American struggles to pay for the medicine they desperately need. And, some others may at times have to choose between their meds and the monthly rent.

According to Clinton, under her plan, the monthly cap on medicinal expenses would limit what insurance companies could make patients pay for their required prescription drugs.

Furthermore, the presidential candidate believes the government could save billions of dollars, if pharmaceutical companies were no longer permitted to deduct what they claim they spend marketing the drugs to consumers. In an effort to encourage research and development, the money could be redirected to create more generic equivalents at lower cost.

It comes as no surprise to those who require medications that are designed to control or inhibit the spread of a serious condition, including life-threatening diseases, that drug prices in America have risen. Many reasons can be attributed to the increases – least of which is “price gouging”.

That said – the fact is, that there are few incentives for pharmaceutical companies to keep drug prices low and affordable on a voluntary basis. The companies are left unrestricted to set the prices for their drugs at whatever amount the market will bear. And, more often than not – the outrageous prices are paid to benefit the ill patient, regardless of the price tag.

In a study conducted earlier this year by pharmacy benefit manager Express Script, the yearly prescription drug costs of more than a half million Americans was reported to be $50,000. An additional 100,000 Americans spent even more on their prescription medicines in 2014 – with an annual cost of over $100,000.

A couple of things remain to be seen – whether Hillary Clinton is elected in 2016 – and if her proposal to cap monthly prescription drug costs at $250 passes.

One thing is certain – under the Affordable Care Act – also known by many as Obamacare, you’re required to select a health plan for you and your family or you’ll have to pay a penalty for not having health insurance. This year’s open enrollment begins November 1, 2015 and ends January 31, 2016. Don’t wait until the last minute to check out available plans and prices. Why not get a free health insurance quote today?

Do you think drug prices are too high and pharmaceutical companies are taking advantage of people in need of life-saving drugs?

Feel free to share your thoughts in the comments section below.

Is Your Job Setting You Up for Coronary heart Illness – or Worse?

What Precisely is the Reasonably priced Care Act?

Too Busy? High 10 Tips about How one can Squeeze a Exercise into Your Day

Thinking of Taking Up Surfing? Here’s the Insurance You’ll Need.

Do You Qualify for Medicaid?