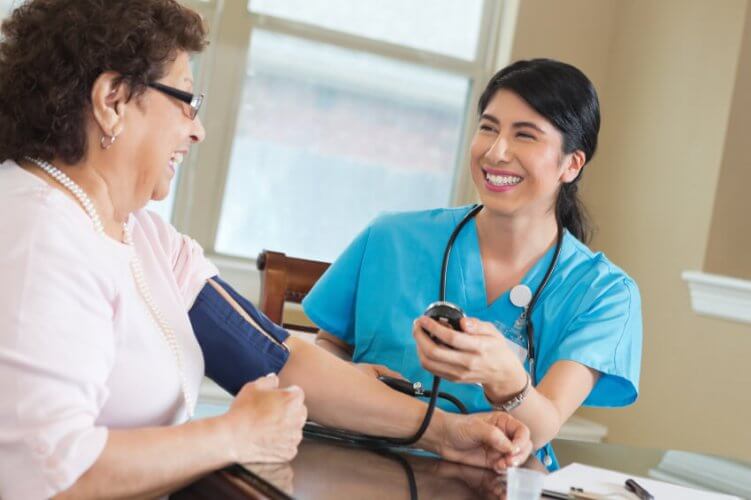 ACA Linked to Increase in Early Diagnosis of Chronic Diseases

While opponents of the Affordable Care Act (ACA) continue to look for legislative ways to repeal it – the law has proven beneficial. As a matter of fact, people who have obtained health insurance as a result of Obamacare are far more likely to visit a doctor for regular checkups.

That means the odds of having their high cholesterol, high blood pressure, and diabetes correctly diagnosed, as well as controlling these chronic conditions at an early stage, are much greater than uninsured people; according to a recent study conducted by the Harvard T.H. Chan School of Public Health.

By using the Congressional Budget Office’s 10-year Affordable Care Act enrollment projections to determine how many insured Americans might benefit from the expansion of health insurance coverage, researchers hoped to establish a pattern. The study was performed to show the advantage of improved diagnosis in the treatment of chronic disease.

According to the study, it was estimated that, should the total amount of non-elderly Americans without some form of health insurance be cut by half, as the CBO projected, approximately 1.5 million newly covered individuals would be diagnosed with one or more serious conditions, such as high blood pressure or diabetes. Not only is the diagnosis itself important, but the urgency of early diagnosis in case of other potentially life-threatening conditions is vital.

The tests showed what many doctors already know – insured patients who can visit them at the first sign of illness have a much higher probability of being successfully treated for a moderate to chronic disease once diagnosed compared to an uninsured individual who is unable to monitor his or her levels of blood pressure, blood sugar and cholesterol.

While the study’s results are positive in validating the ACA’s objective of improving the health of the American public, much work still lies ahead to ensure U.S. healthcare system will have the capability of rendering high-quality care in the future to countless numbers of newly diagnosed people with a chronic disease.

The take away is – people who have benefited from the Affordable Care Act have done so by getting the diagnosis and associated treatment they may not have received otherwise.

And, in the end – the study suggests one more thing – the expansion and availability of insurance coverage is sure to have an impact on future diagnosis and management of the most serious chronic illnesses affecting the health of the American public.

If you’re currently uninsured, don’t forget there’s a penalty for not having health insurance. If you’re looking to cover yourself or your family – Open Enrollment 2016 begins November 1, 2015 and ends on January 31, 2016. Get a head start by getting a free health insurance quote today!

Have you, a family member, or a friend benefited from Obamacare by being diagnosed and treated for an illness you weren’t aware you had? Feel free to share your thoughts in the comments section below.

Does Where you Park Affect Your Insurance Rate?

What Does Bonded and Insured Mean and Does It Matter?

Too Busy? High 10 Tips about How one can Squeeze a Exercise into Your Day

What’s the Penalty for No Well being Insurance coverage?

Hoverboards: Potential Security Dangers You Can Anticipate This Christmas